The first Canada Games succeeded because the Quebec City people at the helm for this maiden voyage absolutely insisted they must. Events which could have been calamities were transformed into triumphs, adversities were converted into adventures, and a special joie de vivre attended these games that infected the whole enterprise. Without the success of these first Games, however, it would have been doubtful that the Canada Games program would ever have continued. These Games were a showcase for future stars, such as Toller Cranston who won gold in figure skating and gymnast Teresa McDonell who went on to compete in three consecutive Olympic Games. For the record, in the end, the team from Ontario came out with the most total points and won the first ever Canada Games flag.

Two Inuvik skiers, Janet Tourrangeau and Anita Allen, won gold and silver respectively in cross-country skiing for the Northwest Territories, showing that they were not simply tourists. Alberta and Manitoba battled for speedskating honours and 19-year-old Doreen McCannell, a physical education student at the University of Manitoba took four gold medals. Paul Enoch skating for Alberta won three gold medals for his province. 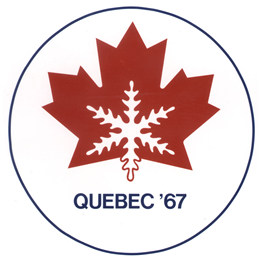