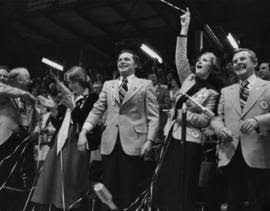 For the 1979 Games in Brandon, there were no islands to move, no lakes to be created, no mountains to build. But that didn't make things any easier for the organizing committee. Staging Canada Games is a tall order... the ceremony and pageantry involved, the complexity of sports involved, feeding and housing more than 2000 athletes and officials. As for the Canada Games Flag, competition had never been greater, as Quebec edged out Ontario by one point on the final gold medal of the games.

In a small city such as Brandon, with a population of 38,000, one out of every nine citizens was involved in making the Games a success. This helped to bring the community closer together and make them feel empowered that they could host an event the size of the Canada Games. Games President Alex Matheson believed that the greatest portion of the Canada Games legacy came in human resources. The City of Brandon proved itself, to the world and to themselves, and with the new-found confidence in their organizational abilities, they "came of age," as Matheson said.
Infrastructure Improvements

The city was left with a brand new Sportsplex, which includes a hockey arena with seating for 400, a 50 metre, six-lane swimming pool, racquetball courts and a speed skating oval. The Sportsplex cost $3 million. Facilities at Mount Agassiz, the alpine ski site, were given a major overhaul at a cost of almost half a million dollars. New cross country ski trails were developed in the hills south of Brandon, and a number of schools and other facilities around the city were given facelifts.

There were many great athletes at the Games. One of these athletes was 12 year old Bonnie Wittmeier who stood 4 feet, 3 ½ inches and dazzled the crowd as she took home 4 gold medals and one silver in gymnastics, just one gold short of the record. Sylvie Daigle, a 16-year-old speedskater who was to go on to international and Olympic fame, showed the way with a victory by more than a full second in the women’s 500. She would go on to grab 4 gold medals in total, taking the 500 metre, 1000 metre, 1500 metre, and 1500 metre mass start race. 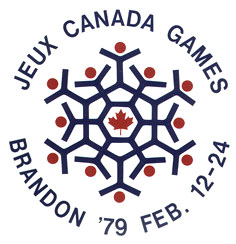