1999 marked a significant year for Newfoundland and Labrador. Not only was it celebrating its 50th Anniversary of Confederation with Canada, but it was also the first time the province had ever hosted a Canada Winter Games. The Games were comprised of 21 sports located through out 14 different venues. The opening ceremonies were themed "Newfoundland and Labrador: From Birth to Awakening", giving focus to the rich history of the province. The Games were marked by local boy, Lee Churchill, who won three gold medals in cross country skiing within the first few days of competition and helped give Newfoundland its highest medal count ever. The 1999 Canada Games Medal encompasses Newfoundland and Labrador’s beauty and heritage highlighted by the image of an Atlantic Puffin perched on the coastline with a replica of Hant’s Harbour lighthouse in the distance. The closing ceremonies ended the Games, with Newfoundland’s own Ennis Sisters performing a song specially written for the 1999 Winter Games, titled "Good Bye".

Jack Pelech Award for the province displaying the best sportsmanship: Newfoundland and Labrador 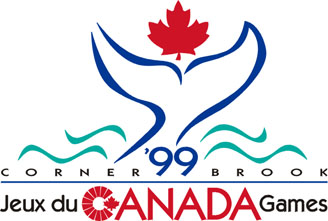