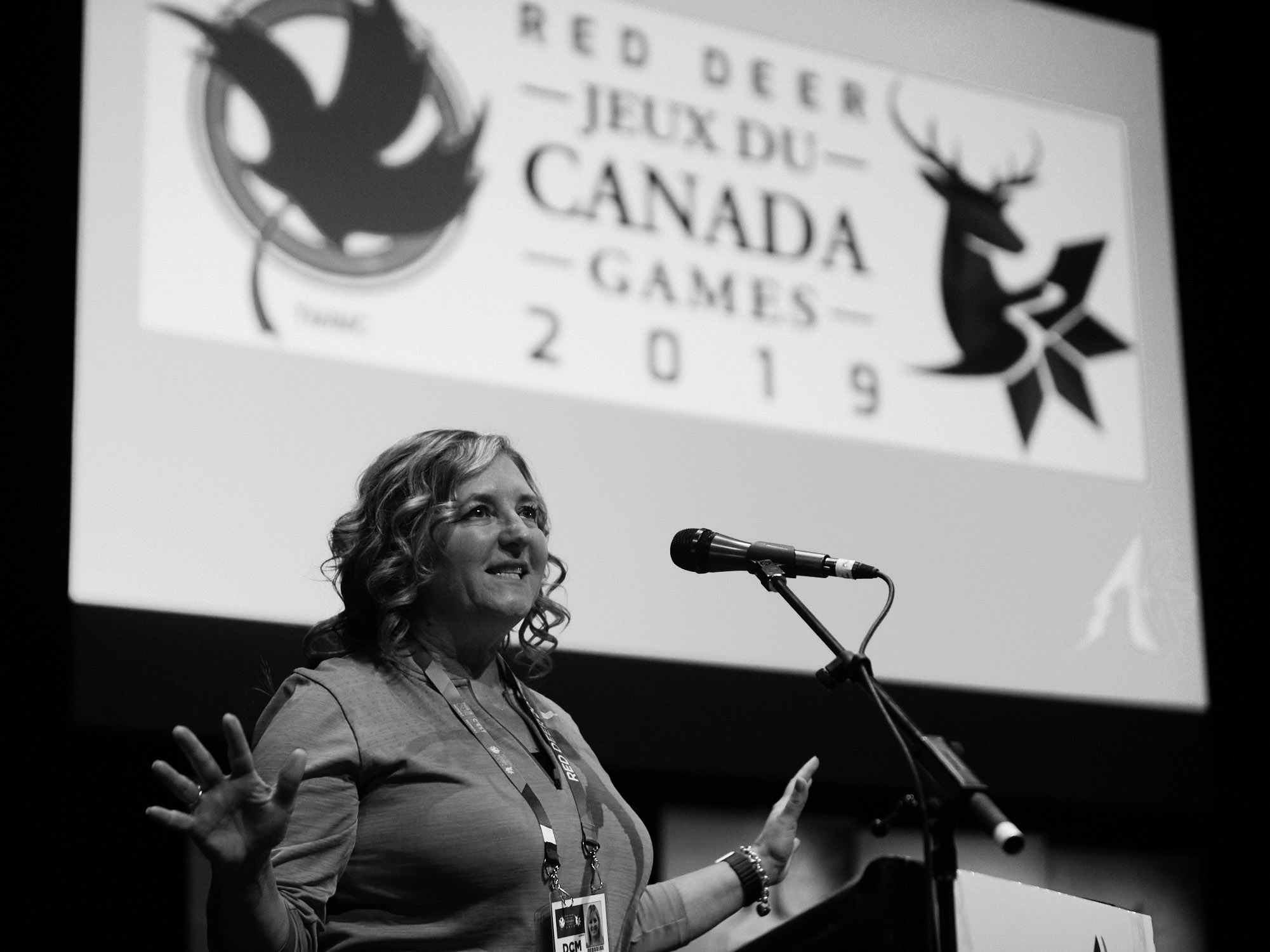 OTTAWA (August 31, 2020) - The Canada Games Council and the entire Canada Games family mourns the passing of Pat Lechelt, the Chef de Mission for Team Alberta and a passionate champion for amateur sport in Canada. We send our deepest condolences to Pat’s family, friends and Team Alberta colleagues.

With a career spanning more than 35 years in sport in Alberta, Pat has been involved with the Canada Games, supporting and leading Team Alberta, since 1993. Pat was a true leader among all Chefs de Mission from across Canada. Her extensive knowledge and history in multi-sport Games and strong partnerships with Provincial/Territorial Mission Teams helped guide many Host Societies in their planning for each edition of the Canada Games.

Pat’s contribution to sport development in Alberta was highlighted by the success of Team Alberta, both on & off the field of play, at the 2019 Canada Games. As Chef de Mission, Pat led her team to the Jack Pelech award, an honour given for spirit and congeniality among Provincial/Territorial Teams and the Centennial Cup which is presented to the team that shows the greatest improvement from one Games to the next.

Pat’s sudden passing will leave a tremendous hole in our Canadian sport community. Her energy, passion and dedication will be carried forward for years to come, leaving a lasting imprint on the Canada Games Movement and the athletes she supported.

About The Canada Games Council

The Canada Games Council, as a private, non-profit organization, is the governing body for the Canada Games. Held once every two years, alternating between winter and summer, the Canada Games represent the highest level of national competition for up and coming Canadian athletes. The Games have been hosted in every province at least once since their inception in Quebec City during Canada’s Centennial in 1967. The Council is proud of the Games’ contribution to Canada’s sport development system in addition to their lasting legacy of sport facilities, community pride and national unity. The organization of the Canada Games is made possible through the tireless dedication of local Host Societies and the support of the federal, provincial/territorial and host municipal governments.