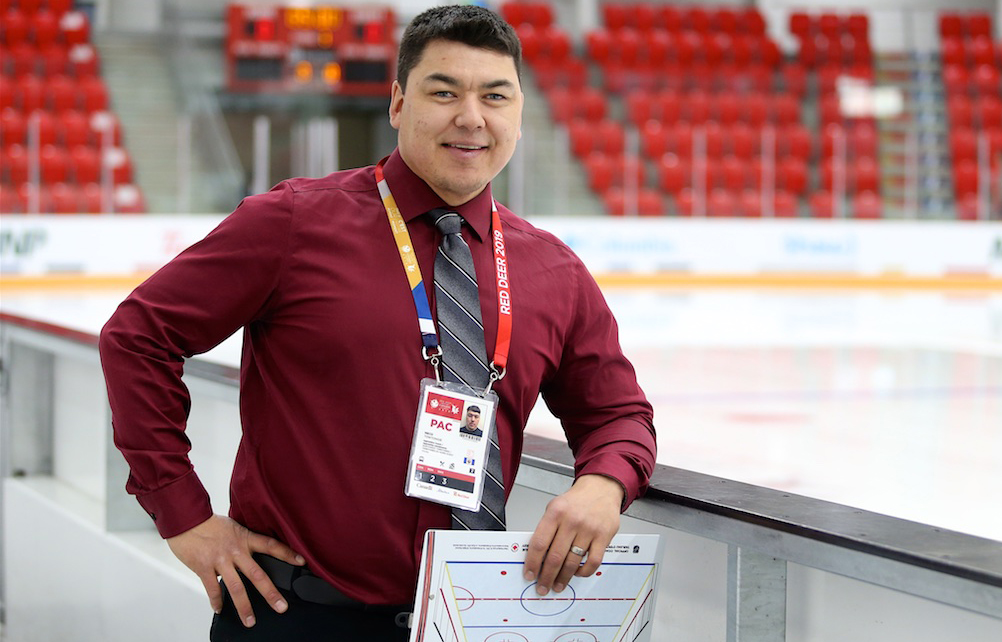 The Coaching Association of Canada (CAC) is pleased to announce the launch of the 2021 Canada Games Aboriginal Apprentice Coaches Program.

The Aboriginal Apprentice Coach Program (AACP) is a partnership between the Aboriginal Sport Circle (ASC), Canada’s Provincial/Territorial Aboriginal Sport Bodies (PTASBs), Provincial/Territorial Coaching Representatives (PTCRs), the Canada Games Council (CGC), and the Coaching Association of Canada (CAC). It provides the opportunity for each province and territory to send two (2) coaches of Aboriginal ancestry to the Canada Games in apprenticeship roles. In 2021, the Canada Summer Games will be held in Ontario’s Niagara region.

“We are excited to welcome this new cohort of promising Aboriginal apprentice coaches into the program,” says Lorraine Lafrenière, Chief Executive Officer of the CAC. “Sport plays an integral role in our country’s ongoing process of reconciliation with its Aboriginal peoples; in participating in the AACP, these apprentices will continue to develop leadership skills that will indelibly influence their communities and our country’s sport sector alike.”

Apprentice coaches will attend the 2021 Canada Summer Games as fully accredited members of their respective provincial or territorial team. In doing so they will gain important exposure to a high-profile multi-sport event and benefit from supervision and evaluation from dedicated mentor coaches. Nearly all Apprentice Coaches go on to pursue training within the National Coaching Certification Program (NCCP) and to apply their combined knowledge to coaching in their communities.

“The ASC is proud to support this important initiative for Indigenous apprentice coaches,” says, Carey Calder, CEO of the ASC. “Coaches, through sport and physical activity, play an important role in the development of our youth at all levels. Our Apprentice Coaches are demonstrating leadership and setting positive examples for Indigenous youth across the country.”

“We are excited to welcome this year’s group of Apprentice Aboriginal Coaches to take part in the 2021 Canada Games,” adds Dan Wilcock, President and CEO of the Canada Games Council. “The Canada Games Council and its partners in the AACP strongly believe that coaching apprenticeship programs are important and effective means to attract and support under-represented populations in Canada.”

The 2021 Aboriginal Apprentice Coaches are as follows:

About the Coaching Association of Canada

The Coaching Association of Canada (CAC) unites stakeholders and partners in its commitment to raising the skills and stature of coaches, and ultimately expanding their reach and influence. Through its programs, the CAC empowers coaches with the knowledge and skills, promotes ethics, fosters positive attitudes, builds competence, and increases the credibility and recognition of coaches.

About the Aboriginal Sport Circle

The Aboriginal Sport Circle (ASC) is Canada's national voice for Aboriginal sport, physical activity, and recreation bringing together the interests of First Nations, Inuit and Métis peoples. Established in 1995, the ASC was created through a national consensus-building process, in response to the need for more accessible and equitable sport and recreation opportunities for Aboriginal peoples.

This mandate has expanded to include physical activity as well as expand advocacy and program areas again, to include health, nutrition, physical education, wellness. Through partnerships and collaborations, the ASC supports expertise in athlete and coaching development, physical literacy and physical activity programs to Aboriginal communities throughout Canada.

About the Canada Games

Held once every two years, alternating between winter and summer, the Canada Games are the largest multi-sport event in Canada for up and coming amateur athletes. Each Games features two weeks of competition, between 16 - 19 sports, approximately 3,400 summer and 2,350 winter athletes, and over 4,000 volunteers. Hosted in every province at least once since their inception in Quebec City in 1967, the Games are proud of their contribution to Canada’s sport development system in addition to their lasting legacy of sport facilities, community pride and national unity.

The organization of the Canada Games is made possible thanks to the contribution and support of the Government of Canada, provincial/territorial governments, host municipalities and the Canada Games Council.