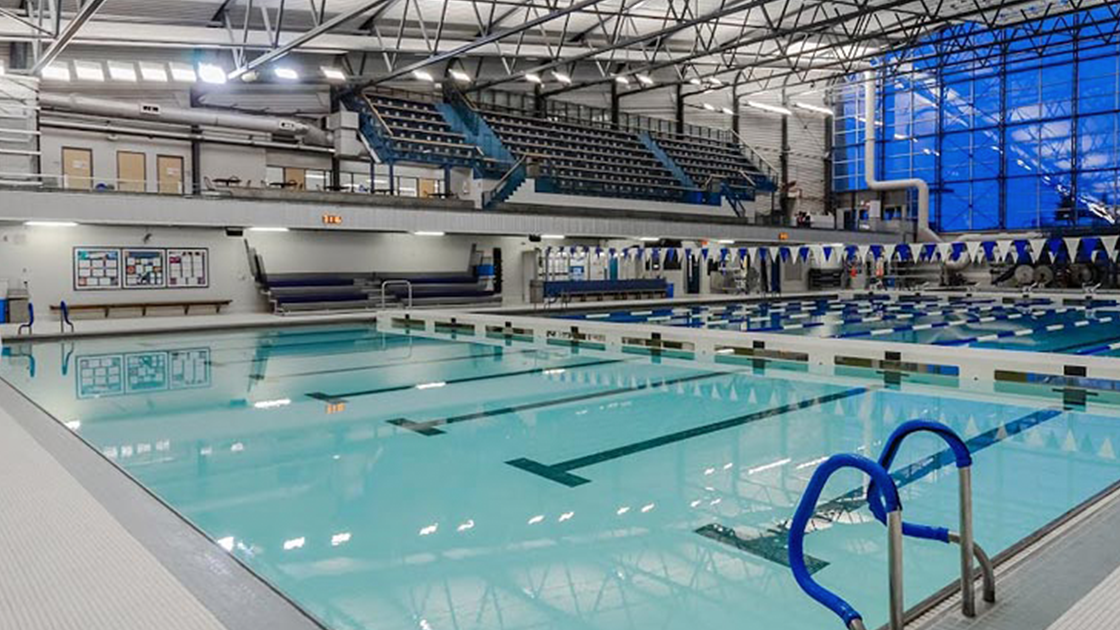 In Thunder Bay, it’s simply known as the Complex.

When Thunder Bay was granted the title of host city for the 1981 Canada Summer Games, a number of developments and renovations to recreational and sporting facilities in the city took place.

Perhaps the most well-known example of these improvements was the construction of the Canada Games Complex.

Although the Complex was initially devised to accommodate the swimming, water polo and diving competitions for the 1981 Games, it was also built to serve as a recreational facility for the community. The Complex was designed to work with the establishment of community programs, including fitness programs and learn-to-swim programs, and boasts facilities capable of staging special events and exhibitions.

“It’s quite central and everybody knows it by name, the Complex,” said John Sims, who was a volunteer at the 1981 Games and continues to be involved in other Games in various capacities.

Sims said without the Complex, Thunder Bay would have missed out on hosting several major swimming and diving events over the last four decades.

“It is the focal point of recreation facilities in Thunder Bay,” he said.

When it was first constructed, the central features of the Complex included a 77-metre Olympic standard pool, diving pool with diving stands at four different heights, a child care centre, a therapeutic pool, a fitness area and racquetball courts. Over the years, it has been updated with a number of renovations.

The Complex is one of a handful of legacy projects still vital in Thunder Bay which also included a new synthetic track at Fort William Stadium, home of the Thunder Bay Chill of the United Soccer League.

As well, a redeveloped marina area is still used as a sailing centre which was the main office when the sailing events took place.

“Part of the expenditures were the (Lightning) boats for Lake Superior which ended up going to private people,” Sims said. “We had Lightning races in the harbour and I don’t think that would have happened without the Canada Games being here in the past.”

“The ripple effect and the legacy effect of the Canada Games here was significant,” Sims said.

Sims was also part of the mission staff at the 2001 Games in London, which is celebrating its 20th anniversary this year.

London’s most notable lasting legacies are TD Waterhouse Stadium at the University of Western Ontario and the Canada Games Aquatic Centre.

As well, a number of enhancements were made to several facilities around the city and the alliance of five communities to bring them up to the sport-specific standards for the Games.

About $45-50 million was spent on capital upgrades.

Blair McIntosh, who has been involved in 17 Canada Games,  has seen first-hand the legacy left behind in London.

“I became the sports tourism director for the City of London and I can say this because I have developed sports tourism strategies for a number of provinces and territories, one of the impacts of a Canada Games on the infrastructure that is designed is the longevity of sport hosting after the Games have gone,” he said.

McIntosh said London quickly became a noted sport hosting destination for between 10-15 of the summer sports that were featured at the 2001 Canada Games, both at the provincial and national level.

“They had proven themselves at being able to host pretty much 18 national championships over a two-week period,” he said. “With TD Waterhouse Stadium being at a standard to host a national championship, many of the rights holders and national sports organizations were flocking to London afterward because they had the infrastructure, they had the expertise, and they had a proven track record.”

Part of that track record is a strong volunteer base from which to draw from.

“In London, we opened up registration to get about 7,000 and we had about 11,000 people who registered,” he said. “We had asked at that time to keep names in a database for future games. When I went to London to become the Director of Sport Hosting and Sport Tourism and when I put bids in for events, one of the things that caught the eye of lots of rights holders is that we already had a volunteer database. That was a big thing for them and that is one of the huge legacies for Canada Games.”

McIntosh noted sport hosting and sport tourism is one of the fastest growing segments of sport.

“Right now it’s a very competitive market. I can say I know of three past hosts since 2001 that have developed a sport tourism strategy around following up on a Canada Games because the last thing you want to do is lose that momentum,” he said. “Once you host a successful multi-sport games like that, you really have to continue that momentum afterwards.”

McIntosh is looking forward to the Niagara 2022 Canada Summer Games.

“I am a member of the Board of Directors for the Canada Games Council so I’m very aware of (Niagara) and especially the new build,” he said of Canada Games Park. “That place looks incredible.”

This report was filed by BP Sports Niagara, which is owned and operated by Bernie Puchalski and Bill Potrecz.