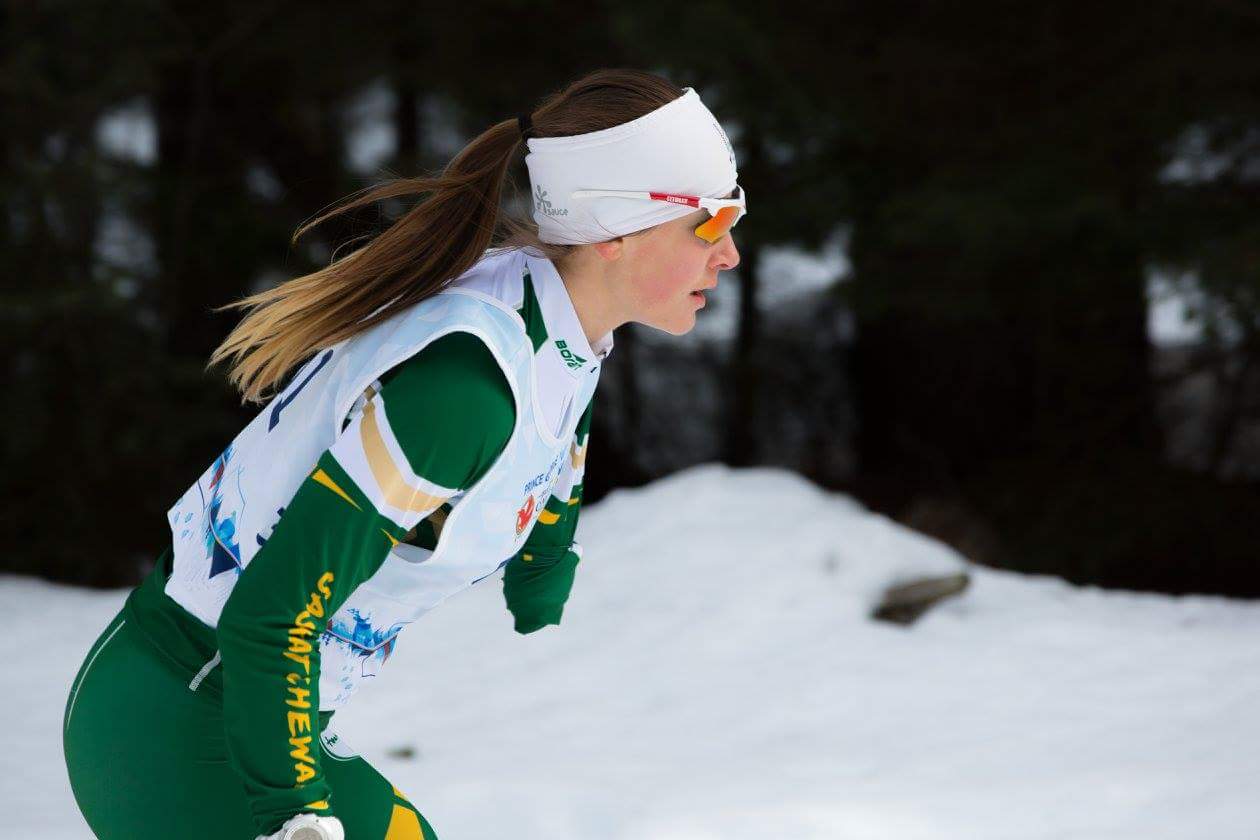 Since 1984, 263 Canada Games alumni have gone on to compete at the Paralympic Games and have won a combined 60 Gold medals, 43 Silver Medals, and 43 Bronze medals. Brittany Hudak, who competed at the 2015 Canada Games in Prince George, BC for Team Saskatchewan in Cross Country Skiing, went on to compete in the Sochi 2014 Paralympic Winter Games and the PyeongChang 2018 Paralympic Winter Games where she brought home a Bronze medal for Canada.

Brittany’s coach Colette Bourgonje was an Apprentice Coach at the 2015 Canada Games, a Manager for sailing at the 2017 Canada Games, and a coach again for Cross Country Skiing at the 2019 Canada Games. Colette is also one of Canada’s most successful and accomplished Paralympians, as she has competed in 10 Paralympic Games including both summer (Para athletics) and winter (Para Nordic skiing) and won a combined 10 medals.

Brittany and Colette spoke with us about their respective experience at the Canada Games.

"I really felt that the Canada Games were an uplifting experience for me, said Brittany. “Being a para-athlete, I was impressed with the overall inclusivity of the Games. It’s an amazing feeling for Canadians to come together and create a culture of excellence. I’m undeniably proud to be from Saskatchewan, so representing my province on the national stage was a surreal experience. I often refer to Saskatchewan as a hidden gem. People from Saskatchewan are some of the friendliest and humble people I’ve ever met. Those that I got to work with as part of Team Sask. played a huge role in making the experience one I’ll never forget."

“The first Canada Games I attended was through the Aboriginal Apprentice Program and was in 2015 in Prince George,” said Colette. “The venue at Otway Nordic Ski Center was fantastic. Jeff Whiting was my Mentor Coach and I primarily skied with the sit skiers, going over the course and making sure the athletes had everything they needed to be successful. There was a lot I could offer the athletes but just making them feel confident and build on their success was primarily my role. I had the opportunity to coach (again) at the 2019 Canada Winter Games in Red Deer and it went really well,” added Colette.

At the Canada Games we are continuously improving and striving to create accessible opportunities and both Brittany and Colette spoke to the importance of continuing to provide those opportunities to young athletes.

"I love that the Canada Games has provided equal opportunities in sport for all abilities and believe this is very important,” said Brittany. “Sport is a pathway for individuals to uncover their full potential. One thing I noticed growing up missing part of my arm, was the stigma that is prevalent towards individuals with varying abilities. Having athletes of all abilities compete at the same venue paves way for these athletes to break down barriers of inclusivity and show people what they are capable of. Not only does this increase the awareness around the skill level of people with disabilities, but it also creates an environment where athletes come together to inspire one another. I believe that anyone who has been through challenges and triumphed through adversity has a unique story that is inspirational to many people."

“If we really believe that “Sport is for All” then diverse and inclusive sport is the key to building strong organizations and communities” added Colette. “Sport has taught me a lot about myself, and pushing the limits of my abilities has made me stronger in many ways. There is so much we can learn through the journey of sport. We can always learn from each other if we keep the doors open. We all come from different perspectives, so if we respect that and listen to each other we can ensure a safe inclusive sport environment for everyone.”

Brittany and Colette have had incredible careers, and we’re proud that their journey included competing and coaching at the Canada Games.