With inclusion being a core value at Canada Games, we recognize the importance of creating an environment that welcomes and accepts everyone who attends. We are thankful to alumni like David Thibodeau, who competed in Swimming for Team New Brunswick in the 2013 Canada Games, for leading these conversations with us and helping us find new ways to live our values. Since competing in the Games, David has gone on to become a You Can Play Ambassador and has been a great source of  knowledge for our staff and organization on inclusion. David was generous enough to speak with us about both his experience competing at the Canada Games and his work advocating for ending all types of homophobia and transphobia in sport.

We’d like to begin by thanking you for taking the time to speak with @CanadaGames in celebration of Pride month. Before diving in, how have you been coping with social distancing? What has been keeping you busy?

As a swimmer and a coach, nothing has kept me this far from the pool since I fell in love with the sport. It has been tough to not be able to participate in my sport for so long, a dive into the water or the smell of chlorine would be a welcome change at this point of the shutdown, and having the swim season cut short for my swimmers has been hard to see after all the hard work they have put in this year. Since the shutdowns have started, I have been trying to reconnect with some of my hobbies that I have set aside or have not been able to do recently. I’ve been reading a lot more, re-reading some of my favourites like Harry Potter, and reading some new books as well. And I have been trying to explore some new hobbies like yoga. Trying to keep intellectually and physically active has been important to me during this time, I find that this helps with my mental health. Also staying connected to friends and family has been an important way that I have been coping with social distancing, via social media and video calls.

When you competed in swimming at the 2013 Canada Games for Team New Brunswick, what did that experience mean to you?

Competing at the 2013 Canada Games for Team New Brunswick was the most exciting and special opportunity that I had as an athlete and it has driven my involvement in sport since. My teammate was the flag bearer for the opening ceremonies, so we walked in beside her at the front of the Team NB contingent and the atmosphere in the stadium was electric. It was really cool to be able to represent my home province on the national stage, while I didn’t medal or make it to finals, the memories I made at the Games will last a lifetime. The Canada Games exist to strengthen the fabric of Canada through the power of sport. This message of sport as a unifier is one that I try to embody and carry with me as a coach, as an athlete, as an advocate and as a Young Sport Maker speaking to world sport leaders in Paris.

What was your experience like as a 2SLGBTQ+ athlete at the Games?

At the Games, I was still a closeted athlete. When I was competing at the Canada Games in 2013, there were very few out athletes, and it was a very isolating time. These conversations about 2SLGBTQ+ inclusion in sport were not being had yet, and I kept telling myself that the feelings I had were not real. Despite being with all of my friends, I felt very alone and unable to be who I was and experience the Games in its fullest. Looking back, if I had been able to be more true to who I was, I think that I could have pushed myself harder and also been able to enjoy more of the community building activities taking place in the athlete’s village.

You’ve been leading the way by advancing the 2SLGBTQ+ awareness in sport conversation via your work as an Ambassador with You Can Play. What drew you to You Can Play and what can you tell us about the work you’ve done so far?

If readers are not familiar with You Can Play, it is an organisation that works to end homophobia in sports. What drew me to them was their activism and advocacy for ending all types of homophobia and transphobia in sports. I wanted to use my voice and share my story so that others wouldn’t go through the same thing I did. Some of the work that I have done is presenting at the Egale OUTShine Conference, working with Coach New Brunswick to develop a guide for coaches working with 2SLGBTQ+ athletes, and advocating for better inclusion as a Young Sport Maker at Global Sports Week Paris 2020. I’m excited with the progress that has been made, but there is still a lot of work to do!

Have you been able to keep advancing the conversation throughout the COVID-19 pandemic?

This is a new and challenging time for everyone, but it is important to keep engaging in these conversations so that when we come out of lockdown, maybe the conversation will have moved forward to a more just society. During the COVID-19 pandemic, the focus has been on education and awareness. The conversation is being continued in a lot of the same ways as before, just being done virtually. Online panels and discussions and raising questions on 2SLGBTQ+ inclusion at online events, and interviews like this have all been part of the conversation. We’re working right now with the Niagara 2021 host committee to plan their events for next year, so we have a lot to look forward to.

Would you like to have seen more 2SLGBTQ+ representation in sports growing up? Why do you think it’s important for youth to see that representation?

I think visibility of 2SLGBTQ+ peoples in all areas of society, including sports, is vital. For most of my swimming career I was closeted, and I ended up quitting swimming after my second year of varsity swimming because I didn’t feel like I belonged in sport. My undergraduate degree was a time of massive changes for me personally, accepting and becoming more comfortable with myself, I didn’t see others like me in my sport, and in sports in general. I felt like who I was becoming was incompatible with who I was. Visibility helps people feel like they belong and show that they are not alone. Increasing representation in sports would have made me feel more accepted in sports. Visibility is important to help normalize being 2SLGBTQ+ in our society and give inspiration to younger generations. Visibility allows for younger people to have role models and aspire to do more.

There are a lot of people who are very supportive of the 2SLGBTQ+ community, however some people may not fully understand what it means to be an ally. Would you mind explaining what being an ally means to you?

Being an ally is to know when you need to listen, and when to use your voice to advocate. Being an effective ally means that you listen to the concerns and problems of 2SLGBTQ+ peoples and work to make changes based on what they say. We have experiences that are not felt or seen by straight people. They may be subtle comments, remarks, or even discriminatory practices and policies that hurt 2SLGBTQ+ people. An ally then takes what they have learned and makes changes in their lives to address the issues. You do not have to be a vocal ally to be an effective ally, recognizing when you have done something hurtful and changing it is important.

What do you hope for the next generation of athletes competing at the Canada Games both as allies and members of the community?

My hope for the next generation of athletes competing at the Canada Games is that nobody feels excluded, isolated or alone. The Canada Games is an exciting time for young athletes to experience sport at it’s finest. I wish that everyone competing at the Games can enjoy all the experiences from pin trading, meeting new friends, eating at meal hall and competing on the national stage, without fear. I hope that everyone can be proud of who they are and that they can be their true selves.

We are incredibly  proud to support individuals like David who continue to tell their story and further advance 2SLGBTQ+ awareness in sport, and we’ll continue to work with him and others to ensure each Canada Games is as welcoming, accepting, and inclusive as possible. 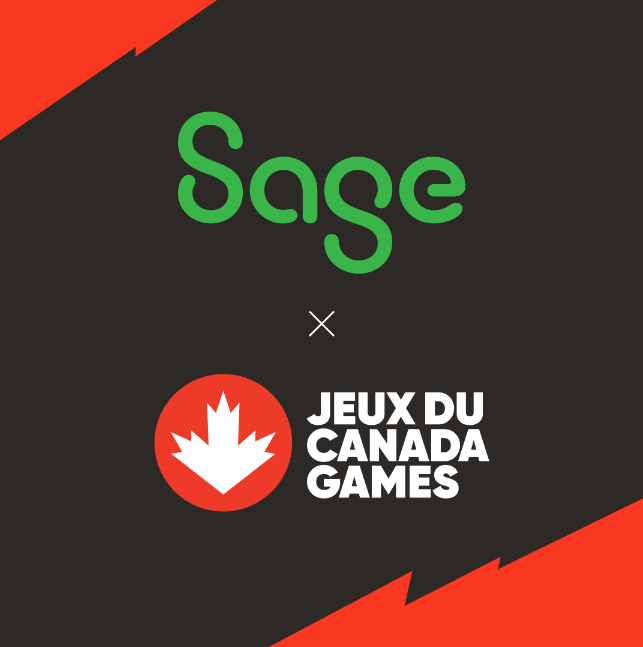 The Canada Games Council (CGC) is pleased to announce the final sports and disciplines selected for the 2021 Canada Summer Games that will be hosted in Newfoundland and Labrador.

The Canada Games Council (CGC) is pleased to announce the final sports and disciplines selected for the 2021 Canada Summer Games that will be hosted in Newfoundland and Labrador.

104-year-old Ella Fleury can knit a toque faster than her great-granddaughters can put the ring in the net for Team Saskatchewan.

104-year-old Ella Fleury can knit a toque faster than her great-granddaughters can put the ring in the net for Team Saskatchewan.