Tracy Brown was part of the Women in Coaching Program at the 2017 Canada Summer Games in Winnipeg. The Women in Coaching Apprenticeship Program (WiCAP) is a partnership between the Provincial/Territorial Coaching Representatives, the Canada Games Council, and the Coaching Association of Canada. This program provides the opportunity for each province and territory to send 2 female coaches to the Canada Games in apprenticeship roles.

We caught up with Tracy to get her Canada Games Story.

Q: First off, what did your road to the apprenticeship program look like? How did you get into coaching and how long have you been coaching?

I have been coaching various sports on and off for many years, as a way to give back to the community outside of my regular employment. In 2015 the opportunity arose to coach rowing full-time, so I took it!

Q:  Compared to other competitions, how would you describe your time as an apprentice coach at The Canada Games?

The Canada Games is a tremendous opportunity for athletes, coaches, officials, and others involved in supporting sport. It provides a unique setting to connect with like-minded individuals from across a variety of sports. There typically is not a lot of "glory" in amateur sport, but the Canada Games provides participants with a taste of what that might be like if they continue to excel in their sport.

Q: How did your time as an apprentice assist your development as a coach, was there anything specific that stands out?

I've attended the Canada Games previously as an athlete and as a Team Manager. Attending in 2017 in the role of Apprentice Coach gave me the chance to see another side of things - both at the Games but also for the months of preparation leading up to the event. Being involved in the competition from this new point of view helped build my comfort and confidence to take on this role in the future. The apprenticeship program also provided excellent support leading up to the Games that helped further my NCCP training and certification, an important part of my skill development.

Q: Would you suggest that other ambitious coaches take part in this program?  If yes, what specific aspect make this so?

Being part of this program had numerous advantages and no disadvantages! It provided financial support and recognition which enabled me to become a better coach, and to accelerate that process.

Q: What is the most memorable moment from your time as an apprentice coach at The Canada Games?

I really enjoyed supporting the athletes to have their best performances. For some athletes, the Canada Games is a stepping stone to greater athletic achievements. For others it will be the peak of their athletic career, but an experience that helped them build work ethic and character, and will help them be more successful in life in aspects outside of sport.

I also really enjoyed learning and working alongside the other apprentice coaches - both in my sport and from others. Prior to the Games our group of Apprentices convened several times, and really bonded. These women have become an ongoing source of inspiration for me, and I am very proud to have been part of the group. 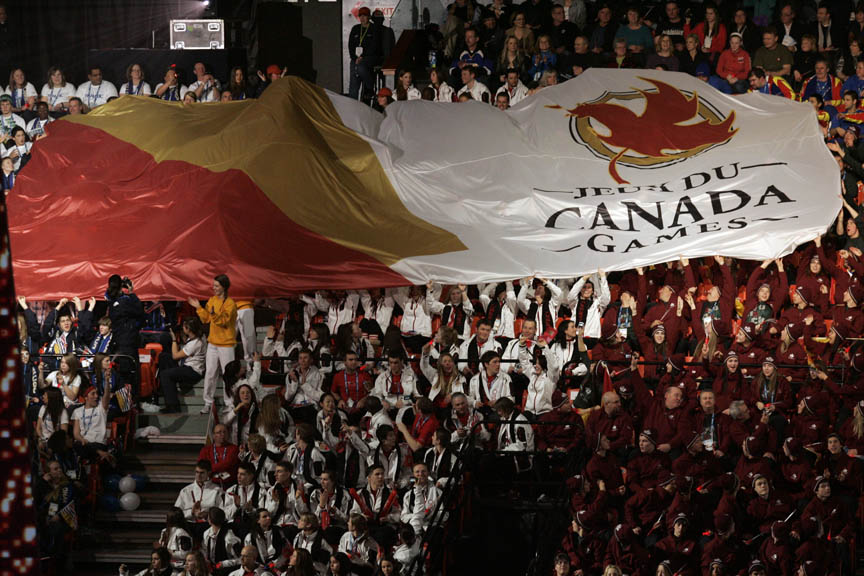 The Canada Games Council (CGC) Board has welcomed recent additions to its governance team.

The Canada Games Council (CGC) Board has welcomed recent additions to its governance team.

It is with tremendous excitement that the Canada Games Council (CGC) announces that Tom Quinn, CGC Chairman since 2009, was recognized today as an Officer of the Order of Canada.

It is with tremendous excitement that the Canada Games Council (CGC) announces that Tom Quinn, CGC Chairman since 2009, was recognized today as an Officer of the Order of Canada.

The Canada Games are about inspiring dreams and building champions. Ryan Shay has already inspired many, and he is certainly a champion.

The Canada Games are about inspiring dreams and building champions. Ryan Shay has already inspired many, and he is certainly a champion.