Today, at the Centennial Flame on Parliament Hill, the Niagara 2022 Host Society, alongside the Canada Games Council (CGC), Canada Steamship Lines (CSL) and Trans Canada Trail, proudly lit the Roly McLenahan Torch to officially commence the Torch Relay for the Niagara 2022 Canada Summer Games, which are scheduled to take place this summer from August 6-21. The Canada Games flame was lit by two-time 100m Canadian Champion and 2009 Canada Games gold medallist Sam Effah, along with a pair of Team Ontario athletes in 17-year-old Tristan Caldwell and 16-year-old Tristan Thompson, who will compete in the first lacrosse competition at a Canada Games in 37 years when they arrive in Niagara in exactly two months’ time.

Shortly after the torch-lighting proceedings on Parliament Hill, which continued a time-honoured tradition that now dates back 55 years, the Roly McLenahan Torch began its journey down the Trans Canada Trail by bicycle, where it concluded for the day at Gatineau Park in Chelsea, Que. In the coming days, the torch relay will continue along the Trans Canada Trail in parts of Quebec, with stops in Wakefield, Messines, Mont-Laurier, Mont-Tremblant, Mont-Blanc, Saint-Jérôme and Terrebonne, before arriving in Montreal on Wednesday June 15.

Then, in partnership with Canada Steamship Lines, the presenting sponsor of Niagara 2022's Torch Relay Program, the Torch will embark a CSL vessel in Montreal and travel by water for the first time in Canada Games history — travelling along the St. Lawrence Seaway to Niagara, where starting at the end of June, it will visit all 12 of the region’s local municipalities in the lead up to the 2022 Canada Games.

“As the Torch Relay begins journeying towards Niagara, we couldn’t be more excited to welcome neighbouring communities and Canadians along its path to join us in the excitement of the 2022 Canada Summer Games,” said Doug Hamilton, Board Chair of the Niagara 2022 Host Society. “We are also proud to be partnering with Canada Steamship Lines and the Trans Canada Trail to bring to life this long-standing Canada Games tradition, and we look forward to building excitement in the coming weeks as we rapidly approach the arrival of Canada’s largest multi-sport event and its celebrations to the Niagara Region.”

part of it,” said the Honourable Pascale St-Onge, Minister of Sport and Minister responsible for the Economic Development Agency of Canada for the Regions of Quebec. “The torch making its way to the opening of the Games reminds us that sport has the power to bring us together. That’s why our government is proud to support these Games and we look forward to cheering on the athletes in the upcoming Summer Games.”

“The start of the torch relay is yet another thrilling milestone for our community as we inch ever closer to the opening ceremonies of the 2022 Canada Summer Games when we will welcome the nation to Niagara,” said Jim Bradley, Chair of the Niagara Region. “To have the torch travel on the St. Lawrence Seaway, a key feature of Niagara’s collective identity and economy, is especially fitting as excitement continues to build across our communities. On behalf of Regional Council and the people of Niagara, I want to thank Canada Steamship Lines and the Trans Canada Trail for their crucial role in delivering the torch to Niagara.”

“As we ignite the Roly McLenahan Canada Games Torch from the Centennial Flame, we spark greatness in the next generation of athletes and leaders from far and wide across Canada,” said Evan Johnston, Chair of the CGC. “The Torch Relay is a major milestone leading up to each Canada Games, and I invite Canadians to follow and celebrate its unique journey towards Niagara and the start of the 2022 Canada Summer Games in August.”

“As the torch makes its way to Montreal along the Trans Canada Trail, we look forward to making Canada Games and Great Lakes shipping history when a CSL vessel will carry the traditional torch along the St-Lawrence Seaway all the way to Port Colborne,” said Louis Martel, President and CEO, The CSL Group. “We thank the Canada Games team for giving CSL the opportunity to celebrate our young athletes and for putting the spotlight on the beautiful and remarkable waterways that are the heart of the Niagara region and its communities, and that are so vital to the shipping industry and our economy.”

“On behalf of Trans Canada Trail, and as a Board member with the Niagara 2022 Canada Summer Games, I’m thrilled for our organizations to have come together for the Torch Lighting Ceremony earlier today at Parliament Hill, and as co-hosts for a special journey of the Torch Relay along the Trans Canada Trail into Quebec in the days ahead,” said Eleanor McMahon, President & CEO, Trans Canada Trail and a Board member of the Niagara 2022 Host Society. “Thirty years ago, the Trans Canada Trail began as a germ of an idea, and grew to become a national treasure connecting people across Canada over 28,000 km. Canada Games shares a long-standing tradition of bringing Canadians together, and we are pleased to help promote athleticism and healthy active lifestyles as we celebrate athletes from every province and territory for this significant multisport Games event — the first since the pandemic.”

“To represent Alberta and see my name on the current 200m record is special. I never received these types of honours before the Canada Games, and it motivated me to dream big early on,” said Sam Effah, who won two gold medals at the P.E.I. 2009 Canada Summer Games and will serve as Co-Chef de Mission for Team Canada at the 2022 Birmingham Commonwealth Games. “For the athletes, the Canada Games are an amazing experience. The venue, the competition, and the awards.  There's no better feeling than stepping on the podium, knowing that you're Canada's best.  But you leave with more than medals — you'll make lifelong friends and meet people you otherwise would not get access to, and I truly think this is a great stepping stone towards international Games like the Olympics, Commonwealth and the World University Games. My experiences early on shaped who I am today — and I can't wait to see what it does for the next generation of Canadian athletes.”

Between now and Niagara 2022’s Opening Ceremony, which will take place on the night of August 6 at the Meridian Centre, the incredible journey of the Canada Games Torch will see it travel across 21 communities in both the provinces of Ontario and Quebec. In total, the Roly McLenahan Torch will voyage approximately 1,200 kilometres by foot, bike, and boat over the next 60 days. For images and video of the Canada Games Torch Lighting Ceremony and its Torch Relay, please visit the Niagara 2022 Canada Summer Games’ photo gallery.

Held every two years, alternating between winter and summer, the Canada Games are the country’s marquee event for amateur sport representing the highest level of national competition for thousands of up-and-coming Canadian athletes. The 28th edition of the Canada Games will mark just the third occasion in the event’s history that it will have taken place in the province of Ontario and the first time in 21 years. In total, more than 5,000 participants and close to 4,500 volunteers are expected to take part in the Niagara 2022 Canada Summer Games.

Tickets for this summer’s Games, including the Opening Ceremony, are currently available for purchase online.

About the Niagara 2022 Canada Summer Games

At the peak of Niagara’s boldest summer yet, more than 5,000 up-and-coming athletes, their coaches and support staff will gather to compete for the podium in Canada’s largest multi-sport event. From August 6 to 21, 2022, Niagara will surge stronger than ever on the national stage. The 2022 Canada Games, made possible thanks to funding and support from the Government of Canada, the Government of Ontario, the Niagara Region, and the Canada Games Council, will give rise to new legacies of ambition, confidence, and compassion that will inspire generations to come.

About the Canada Games Council

The Canada Games Council, a private, non-profit organization, is the governing body for the Canada Games. Held once every two years, alternating between winter and summer, the Canada Games represent the highest level of national competition for up and coming Canadian athletes. The Games have been hosted in every province at least once since their inception in Quebec City during Canada’s Centennial in 1967. The Games are proud of their contribution to Canada’s sport development system, in addition to their lasting legacy of sport facilities, community pride and national unity. The organization of the Canada Games is made possible through the tireless dedication of local Host Societies and the contribution and support of the federal, provincial/territorial and host municipal governments.

Canada Steamship Lines is a division of The CSL Group, the largest owner and operator of self-unloading ships in the world. Based in Montreal with regional operations in St. Catharines, Halifax and Winnipeg, as well as in the United States, Australia and Europe, CSL delivers millions of tonnes of essential cargo annually for customers in the construction, steel, energy and agri-food sectors. Canada Steamship Lines vessels operate under Canada’s national flag and are fully crewed by Canadians.

The Trans Canada Trail (the Trail) is the longest recreational trail in the world, spanning over 28,000 kilometres on land and water. Linking three oceans – the Atlantic, Pacific and Arctic – the Trail connects 15,000 rural, urban and Indigenous communities across every province and territory. It is a ribbon that connects Canada's diverse landscapes, seasons, people and experiences, and fosters unity, collaboration and connectedness. Trans Canada Trail is a registered charity and stewards this national trail in collaboration with local Trail partners. With funding from the Government of Canada through Parks Canada, and investments from all levels of government and generous donors, Trans Canada Trail is the largest investor in trail infrastructure projects in Canada, supporting improvements, growth and enhancements for generations to come. For further information, please visit at tctrail.ca. 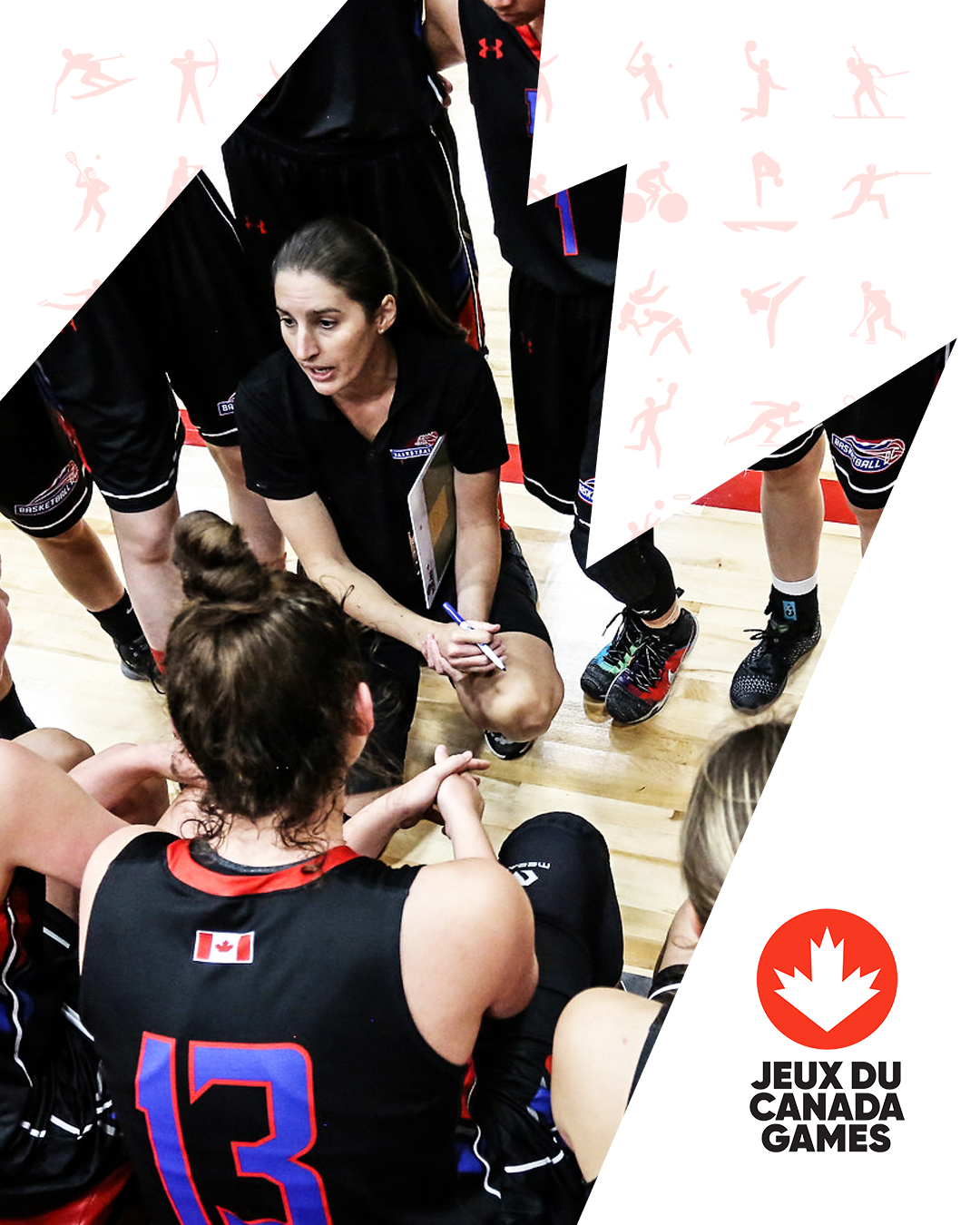 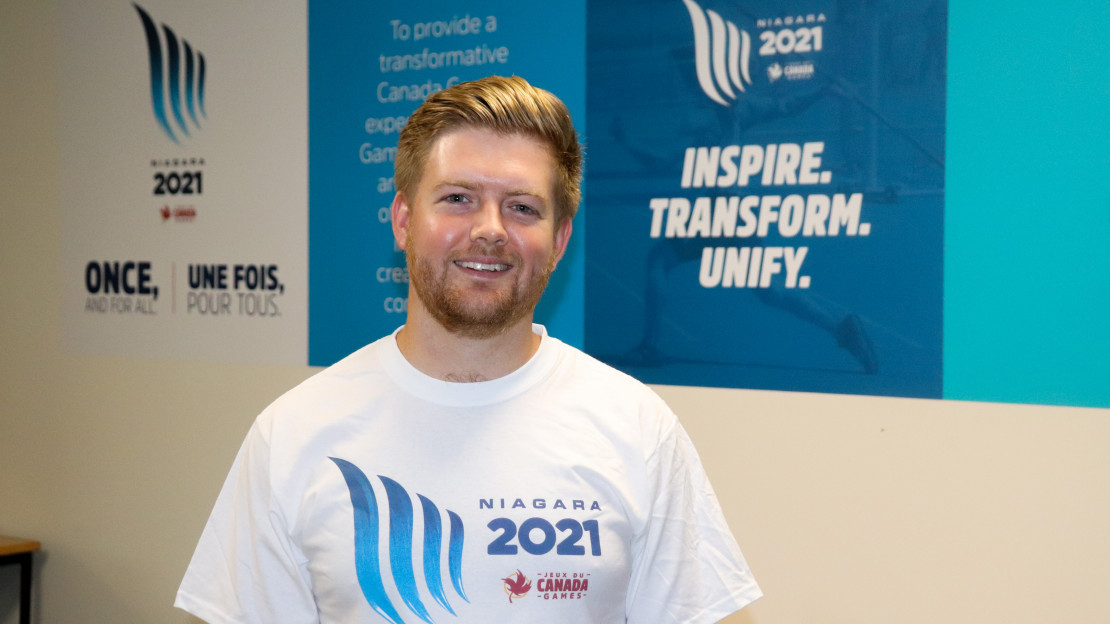 Shaun O’Melia, a native of St. Catharines and an alumnus of Niagara College, will design the medals that will be awarded to those athletes that gain the podium at the Niagara 2021 Canada Summer Games

Shaun O’Melia, a native of St. Catharines and an alumnus of Niagara College, will design the medals that will be awarded to those athletes that gain the podium at the Niagara 2021 Canada Summer Games

Dylan Morawski is a 16-year-old athlete from Gander NL, whose dream from the first time he swam at 9 years old was to represent his province and compete at Canada Games. As a competitive swimmer with his local swim club the Gander Lakers, he showed great promise and won numerous awards locally provincially and at the national level.

Dylan Morawski is a 16-year-old athlete from Gander NL, whose dream from the first time he swam at 9 years old was to represent his province and compete at Canada Games. As a competitive swimmer with his local swim club the Gander Lakers, he showed great promise and won numerous awards locally provincially and at the national level.

My name is Zachary Adams and this year I hope to compete in the 2017 Canada Games! The sport I compete in is Canoe Kayak. I have been kayaking for six years since I was twelve.

My name is Zachary Adams and this year I hope to compete in the 2017 Canada Games! The sport I compete in is Canoe Kayak. I have been kayaking for six years since I was twelve.