19 years ago, only a handful of Canadians could catch Jayson Hilchie.

The current CEO and President of the Entertainment Software Association of Canada (ESAC) was one of the fastest sprinters in the country, and 2001 was his most memorable season.

The star athlete from St. Mary’s University (SMU) had just become the first National Champion in the history of SMU’s track and field program — achieving the feat by taking home the gold in the 60m sprint event at the 2001 Canadian Interuniversity Athletic Union (now called U SPORTS) National Championships.

With that triumph, came more hardware. In addition to being named All-Canadian for a second straight year, Hilchie was chosen as St. Mary’s University Athlete of the Year.

Safe to say, the Coldbrook, N.S., native was riding high heading into the summer of 2001, but with his recent success came a difficult decision.

As the Canadian University Champion, Hilchie had his eyes set on competing at the FISU (International University Sports Federation) Summer World University Games taking place in Beijing, China. The only problem: the event overlapped with the 2001 Canada Summer Games in London, Ont. A competition that Hilchie had long wanted to be a part of.

“[The Canada Games] was absolutely something I aspired to qualify for,” the 40-year-old recalled. “But there was a rule that if you’re going to FISU, you’re not going to Canada Games. So, I was not even sure if I was going to be able to go to [London] because my objective was to get on that national team for the World University Games.”

With that goal in mind, Hilchie put all his focus towards qualifying for FISU before fate intervened with his plans. During a training exercise in April, the then-21-year-old tore his hamstring, negating any chance he had of going to China.

“The deadline to get onto that national team [for FISU] included being able to compete at the Canadian Track and Field Championships in June. But because I was injured and they were in Edmonton, I thought it was too expensive to buy a plane ticket knowing I might not be able to run. So I didn’t go and became ineligible to make that team.

“I was pretty disappointed. After that, I put all my efforts into recovering by the Nova Scotia provincial trials [in June]. And the Canada Games — that was going to be my thing. My objective was: ‘I am the Canadian University champion and I am going to win the 100m’.

“But things had other plans,” laughed Hilchie.

In the early going, everything seemed to be falling into place. Hilchie recovered in time for June’s provincial trials and easily won the 100m competition — securing his place on Nova Scotia’s squad bound for the Canada Summer Games in London.

Upon arriving at Western University, the Coldbrook-native went to work. First up on Hilchie’s docket was his main event: the 100m sprint. With his fitness level still at a fraction of what it once was before the injury, Hilchie still remained confident heading into the competition’s semi-finals.

Before misfortune struck him again.

“I ran, I think, a 10.65 and placed third in my heat so I did not automatically qualify for the final, but my time was fast.

“Then my [Nova Scotia] teammate Patrick Benjamin, in another heat, ran a wind-aided 10.65. And they took it to the thousandth of a second and he beat me. I didn’t even end up making the final.”

A thousandth of a second.

That’s all that stood between Hilchie and a spot in the 100m final. Forced to reassess his goals for the third time in four months, the 21-year-old turned all his attention towards the only event he had left in London: the 4x100m relay.

If Hilchie was hoping the third time would be the charm, he had plenty of reasons to be optimistic.

The makeup of Nova Scotia’s 4x100m relay team in 2001 featuring Hilchie, Benjamin, Earlando Simmonds, Ryan Hanrahan and Jason Anaka was anything but usual. Despite the fact that these Bluenosers were originally from different parts of the province, all five had not only trained together in the two years leading up to the Games — they also all shared the same coach, Derrick Dempster, and they all came from the same club in Halifax called Sackville Chebucto Athletics.

This was (and remains) an anomaly. Every provincial or territorial team for the Canada Games is only determined a couple of months before the event, and thus all 4x100m relay teams only start training together in the weeks leading up to the Games.

However, thanks to Dempster’s belief that his five sprinters from Sackville would form the squad headed to London 2001, this Nova Scotia team was special and better prepared than anyone else. Something that proved to be invaluable during the 4x100m final, where every detail mattered, especially during the last leg of the race run by Hilchie.

Arguably one of the best finishes ever seen at a Canada Games, Nova Scotia managed to win the gold medal in a dead heat, edging runner-up Ontario by a hundredth of a second. And given how close it all was, Hilchie confessed initially he wasn’t sure he had crossed the finish line first.

“It felt like it took three days for them to figure out who won. And Ontario was celebrating, I remember looking into the crowd and all the Nova Scotia teams were like ‘you got them! You got them!’ And I was like ‘nah, I don’t think I did.’

“You have to understand when you come from a place like Nova Scotia and you beat Ontario, that is massive. The pool of sprinters in Ontario to choose from is massive. And for Nova Scotia, we were all from the same club. We were all under the same coach. It was really one of those things that was so special. That’s why I keep the video [of the race].”

The days that followed their victory were pretty special too. All five members of Nova Scotia’s 4x100m team, including Hilchie, graced the front page of the Chronicle Herald newspaper in Halifax. They also returned home with a gift for their coach Dempster, who played an important role in the team’s success but wasn’t able to join them for the Games in London.

“We kept the baton from the race and we all signed it and gave it to our coach when we got back,” said Hilchie. “We did a big presentation, and we gave him the signed baton. He still has that. So yeah, it’s pretty cool.

“And when I had lunch with him in Halifax last year, I literally pulled out my phone and said look, I have [the video of the race] on my phone now. And he watched it, and the smile that was on his face just lights up.”

Hilchie’s experience and fallout from London 2001 was also unlike anything he had ever experienced. As a single-sport athlete, the Coldbrook-native rarely, if ever, had the chance to be a part of a team. But his time at the Canada Games left an impression on him that he has never forgotten.

“As a 100m sprinter you’re trained to be this selfish, individualistic person. I mean I want the glory. And it was so funny because all that was taken from me, and the relay became the most special thing I’ve ever done because I was able to share it not just with four other guys, but four other guys from my track club.

“I remember [after the race] just looking into the stands and seeing people from [Nova Scotia’s] volleyball team or the basketball team, or whatever. They came to watch the 4x100m, they came to watch us, cause it was the last night. And I just remember feeling like everyone was really supportive of each other.

“I just wished that as an athlete I had more experience with team events like [Canada Games], and with multi-sport games. There’s just nothing like it.”

Now completing his eighth year as the CEO and President of ESAC, Hilchie is the primary advocate and spokesperson for the video game industry in Canada. Under his leadership, ESAC has led multiple government advocacy campaigns across the country, which has also allowed Hilchie to work directly with Prime Ministers, senior Cabinet Ministers, and multiple Parliamentary Committees in order to promote and protect the industry. He loves what he does, but Hilchie is certain that without his athletic career, his path would’ve been very different.

“I would not be where I am if it wasn’t for sports. That is just a fact. Cause I was just a floater till I found a talent that I tapped into.

“Really, if I could go back to that day. That day that I won the high school championship that’s when my life began to take a different course.”

Before winning his provincial high school championship at the age of 17, Hilchie was poised to attend Acadia University, which can be found in the Annapolis Valley where he’s originally from. The deposit was made and there seemed to be no turning back.

However, on that fateful day in the spring of 1997, he scored the biggest victory of his young career by becoming the provincial champion in the 100m for his age group. From there, doors that were previously closed opened. He immediately got recruited to St. Mary’s University for their track and field program, something Acadia didn’t have at the time. That sequence of events led Hilchie to change schools and become a student-athlete at SMU, which ultimately created the path that eventually led him to the Canada Games and ESAC.

“[Winning that high school championship] set in motion a course that is probably still going, and it’s not done. I’m far from done.”

To support and promote youth in sports as part of a healthy lifestyle, Dairy Farmers of Canada (DFC) is pleased to announce its sponsorship as a Canada Games national partner and signature sponsor of the 2017 Canada Summer Games.

To support and promote youth in sports as part of a healthy lifestyle, Dairy Farmers of Canada (DFC) is pleased to announce its sponsorship as a Canada Games national partner and signature sponsor of the 2017 Canada Summer Games.

Team Canada had an amazing Paralympic Games, concluding a record-breaking nine days of competition with 28 medals won. This was our naiton's best ever number of podium finishes at a Paralympic Winter Games.

Team Canada had an amazing Paralympic Games, concluding a record-breaking nine days of competition with 28 medals won. This was our naiton's best ever number of podium finishes at a Paralympic Winter Games. 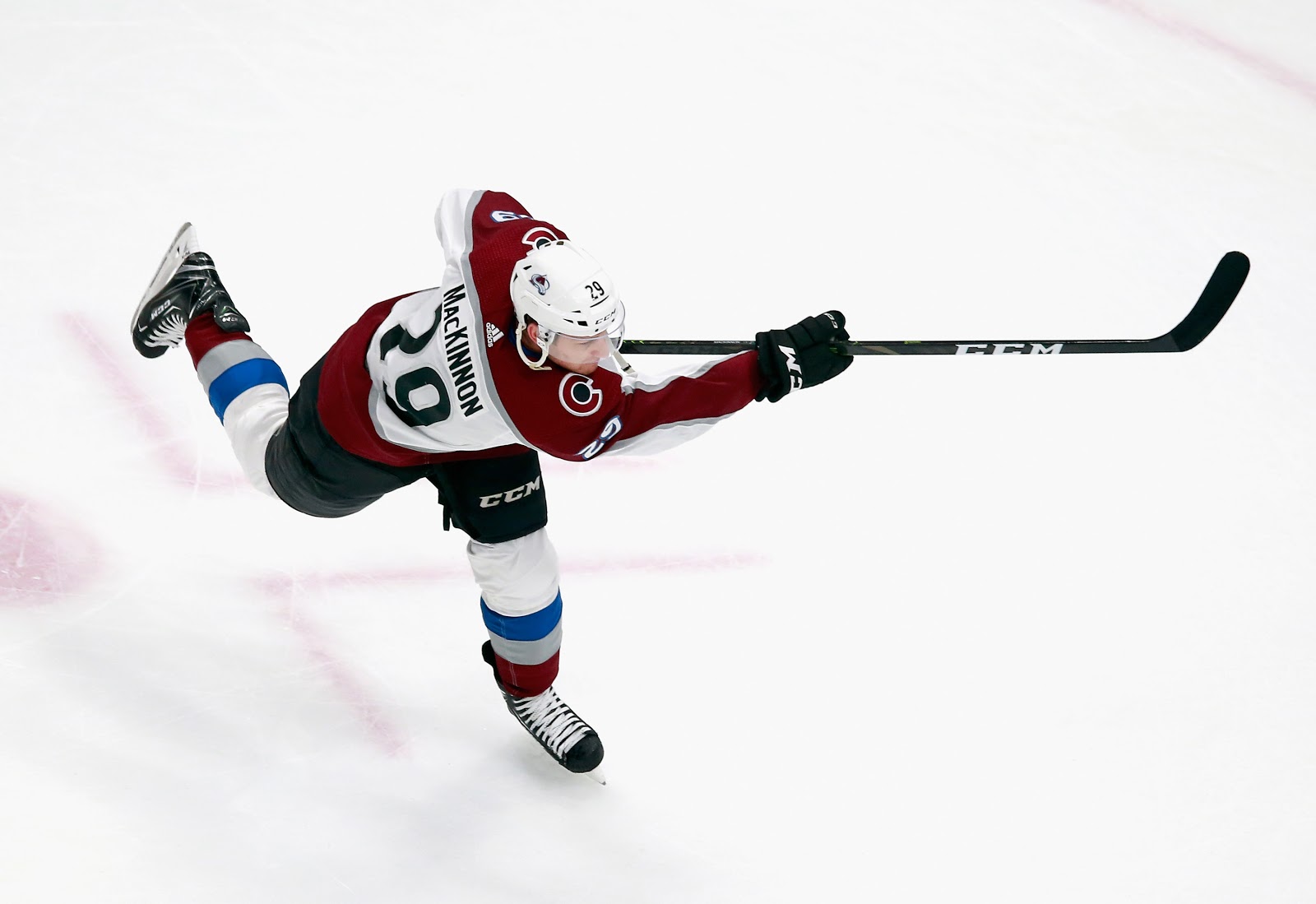