The Canada Games Flame was extinguished Saturday night in Red Deer in a dramatic and energetic Closing Ceremony, but the glow of one of the best Games ever is still shining over Red Deer.

“I’m leaving with an unbelievable impression of the people of Red Deer and the spirit of Central Alberta that really brought these Games to life,” says Dave Patterson, chief executive officer of the Canada Games Council.  “We’ve seen the best in Canadian youth inspiring us with performances on the snow and on the ice that was second to none. We’re so proud to be a part of it.”

Central Alberta suffered through perilously cold temperatures during the Games, the region’s coldest winter in 40 years, but weather did not detract from record setting performances at the outdoor speed skating oval or the Nordic ski events. Indoor sports, such as badminton, squash, short-track, figure skating and wheelchair basketball had the Gary W. Harris Centre buzzing for the entire Games. Whether it was gymnastics, hockey, ringette, alpine skiing, boxing or judo; the athletes were sizzling.

The medal king of the Games was Quebec’s Felix Dolci. The 16-year-old rising star won four gold and two silver medals in gymnastics to become the most decorated Canada Winter Games athlete ever with 11 total medals. He won five medals in Prince George as a 12-year-old. Dolci led Quebec to the top of the provincial/territorial table with 146 medals, 41 more than runner up Ontario.

Inclusion is a guiding principle of the Canada Games and nowhere was that more evident than in Special Olympics figure skating. Quebec skaters Laurence Blondeau and Emanuel Boulutfallah had the crowds swooning with their masterful performances in the ladies and men’s Level III category.

Gavin Baggs, an 11-year-old wheelchair basketball player brought the crowd to its feet when he scored a basket on his first shot of the tournament. In a sport where, males and females, young and old, able-bodied and disabled compete against each other, Quebec’s Woody Balfort stood out for his skills on court, and his ability to connect with and lift up his competitors. Woody gets the gold medal for heartfelt embraces.

“It was my first Games so everything was new. I tried to see and do everything,” says Belfort, 22 of Montreal. “The volunteers were amazing they helped me and my team with whatever we needed, never complaining.
“The Red Deer community was so loving, accepting us with open arms; everybody showed such great sportsmanship. We’d see each other in the cafeteria and we would all joke and laugh together. I loved the vibe.”

Table tennis phenom Emily Liu was the Games’ youngest athlete at only 10 years of age. Judo had athletes from every province and territory at the Games for the first time with 138 athletes competing at Westerner Park.

B.C. athletes swept the podium three times in para-Nordic skiing. There were 11 sets of twins competing at the Games and dozens more sibling combinations and next-generation athletes whose parents are Canada Games alumni. And then there was Grandma Ella Fleury. The 104-year-old great-grandmother of Saskatchewan ringette twins Keala and Maya Fleury knitted 22 green, white and black toques for the girls’ entire team.

“There are too many moments to pick my gold medal moment,” says Patterson.  “Where volunteers have learned a new skill, where a mission team member has been able to help out an athlete when they needed it. Those are gold medal moments.

“Then you see Josie Cote score a hat trick in Nunavut’s first ever hockey game. You see unbelievable performances from outstanding athletes in speed skating setting Games records left, right and centre. There’s just so many more than you could possibly wrap your head around.”

The glue that held the Games together was a 5,000-strong volunteer crew. If you can think of a job, the people of Red Deer and beyond stepped up to the plate.

Volunteers Nellie Daly and Diane Reykdal have been holding down the fort at curling all week, staffing the facility 14 hours a day. Preparation for their duties began 14 month ago.

“It’s been an awesome experience. We’ll probably suffer a little withdrawal when everybody leaves,” says Daly. “I love sports and my boys are grown up. This has been about the kids, they’re the future of sports.”

“Our team is all smiles. We’ve had a wonderful week and enjoyed the volunteers, their friendliness, their hospitality and the competition has been really good, says Jo-Anne Wallace, P.E.I. Chef de Mission. “We’re hearing the kids talk about how much they are enjoying the experience. It’s something they could never have imagined. You try to tell them how special the Canada Games are and the multi-sport environment is, and until they get here, they don’t realize how special it is. Red Deer, we’re pretty impressed.”

Other Mission leaders were equally impressed.

“It’s been a fantastic once in a lifetime opportunity for these participants to have their mini Olympics,” says Marcie Halls-Stronciski, Manitoba Chef de Mission. “The host society has been fantastic as well as all the other provincial and territorial chefs working together to create one team.”

Nunavet Chef de Mission Mariele DePeuter said Games organizers and the community have been fantastic hosts, and watching Nunavut’s hockey team will stay with her forever.

“Winning our first hockey game with our first team at the Canada Games was special,” she says. “Our 47 athletes from all our sports were great ambassadors for Nunavut.”

Lyn Radford, Chair of 2019 Canada Winter Games Host Society, called the two-week sport festival “magical.” She praised volunteers who told her the Games have been life changing for them.
“What the Games did for our community was spectacular and I think we gave the athletes and spectators a pretty nice show,” she says. “Every time I turned around, even though I knew what was coming, it came bigger and better. The Hall of Honour dinner, Opening Ceremonies, everything was magic. Now I just need all the athletes to get home safe in their own beds.”

Doug Hamilton, Chair of the 2021 Games in Niagara Region says his team has learned a lot from Red Deer organizers.
“There’s been a lot of things that have opened our eyes,” he says, “such as their infrastructure plan and focus on legacy. These Games have left a huge legacy for this community and we’ve got a similar plan.”

With an inspirational Closing Ceremony party that won’t soon be forgotten, the 2019 Canada Game came to a close.

“The Canada Games bubble is just so magical and now we go back to real life. We’re going to miss Red Deer. It’s a wonderful place to be,” says Dave Patterson. “Now is the time to carry on with a lot of intention. We’ve been working hard to help the next Games learn and build on this success. As those lessons get carried forward and the next host adds their own flourish it keeps getting better every time.”

And in 2021 in Niagara, the Games are in August, so you can guarantee the weather will be a lot warmer. 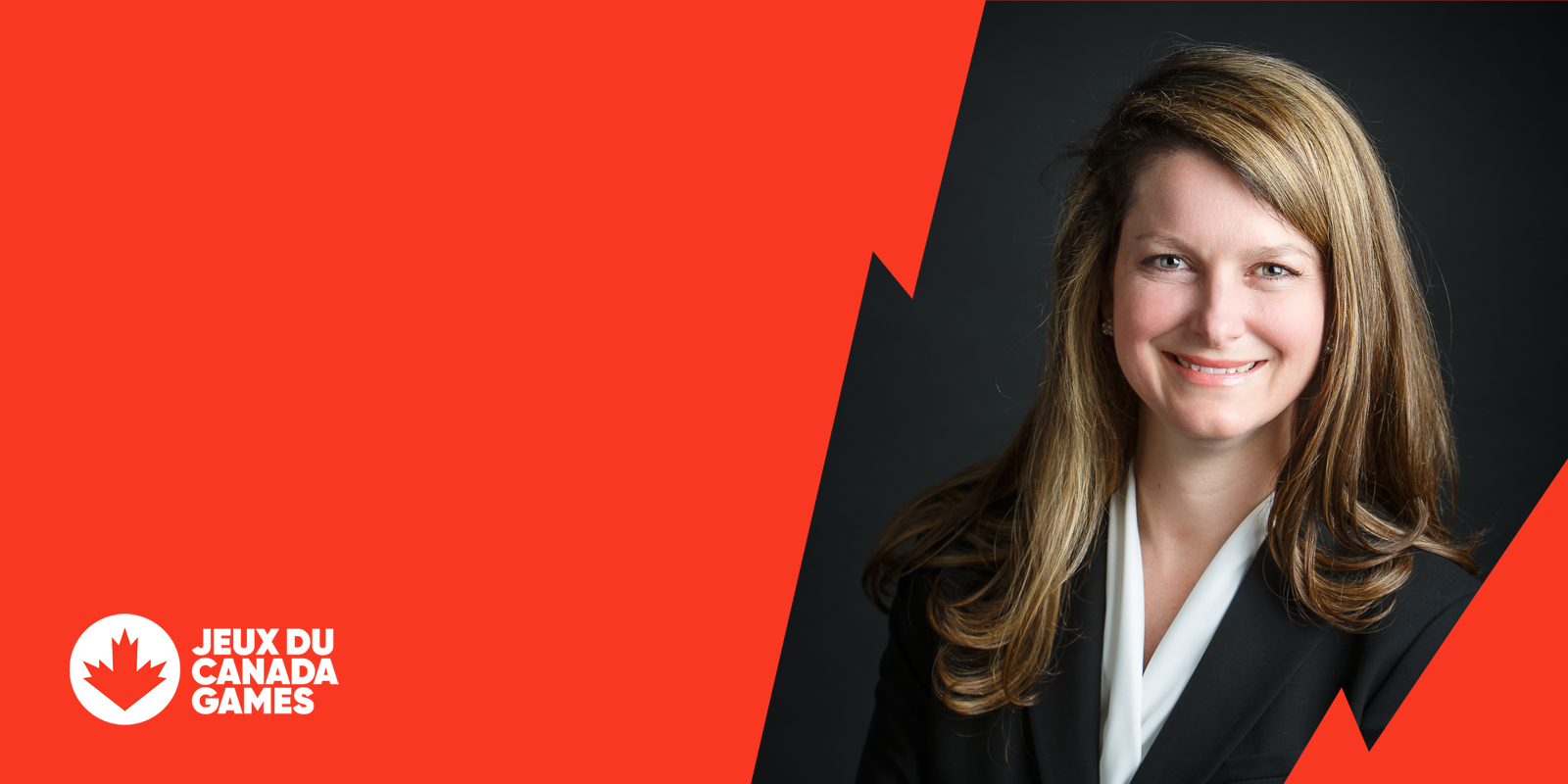 The Board of the Canada Games Council (CGC) is happy to announce Kelly-Ann Paul as the organization’s next President and CEO. Paul, a long-time senior leader of the CGC, will be stepping into her new role on November 29, 2021 with an exciting 16 months ahead, including two Canada Games scheduled in Niagara and Prince Edward Island in the summer of 2022 and winter of 2023, respectively.

The Board of the Canada Games Council (CGC) is happy to announce Kelly-Ann Paul as the organization’s next President and CEO. Paul, a long-time senior leader of the CGC, will be stepping into her new role on November 29, 2021 with an exciting 16 months ahead, including two Canada Games scheduled in Niagara and Prince Edward Island in the summer of 2022 and winter of 2023, respectively.

At a meeting of Regional Council, the 13-members of the 2021 Canada Games Host Society Board of Directors, as well as the board chair, received unanimous approval.

At a meeting of Regional Council, the 13-members of the 2021 Canada Games Host Society Board of Directors, as well as the board chair, received unanimous approval.

Finding Light in the Darkness

After competing in the 2018 Canadian Boxing Championships in Edmonton, a major step in his preparation for the 2019 Canada Games, 17-year-old Zach Levesque thanked his coaches and said goodbye to his New Brunswick teammates.

Finding Light in the Darkness

After competing in the 2018 Canadian Boxing Championships in Edmonton, a major step in his preparation for the 2019 Canada Games, 17-year-old Zach Levesque thanked his coaches and said goodbye to his New Brunswick teammates.

Hunter Smith is a 16-year-old wrestler from the Cochrane Cowboys and is set to represent Team Alberta at the 2017 Canada Summer Games.

Hunter Smith is a 16-year-old wrestler from the Cochrane Cowboys and is set to represent Team Alberta at the 2017 Canada Summer Games.